Trackside diesel fails and how to fix them

So, I’m fully loaded up and heading up the coast for a few days of relaxation on the beach. The camper trailer was in tow and both of our pooches had their heads sticking out the bloody windows... again. Everything was going great until I felt a slight shudder as I booted up the highway.

A quick check under the bonnet revealed a slight oil leak coming from around the top of the engine’s rocker cover area. So I nipped the bolts up and kept driving for a few more kays. That was until the poor Cruiser started chugging like an old train running out of steam: yep, you guessed it, under the bonnet was a real mess this time around, there was literally more oil in the engine bay than in the engine itself! That’s definitely not good news and, while I still held some hope it would be a simple fix, deep down I think I knew it was a real game changer...

Luckily, I wasn’t too far from my old mate Whitey’s place of residence but, given how extreme the Nissan versus Toyota rivalry is between us these days, it was a bloody hard phone call for me to make! Anyway, Old Whitey jumped at the chance to rescue a Toyota, and back at Whitey’s shed we were able to spin a few spanners to see what on Earth had happened. 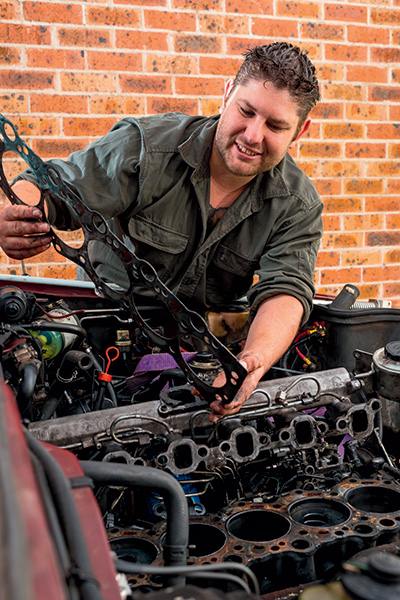 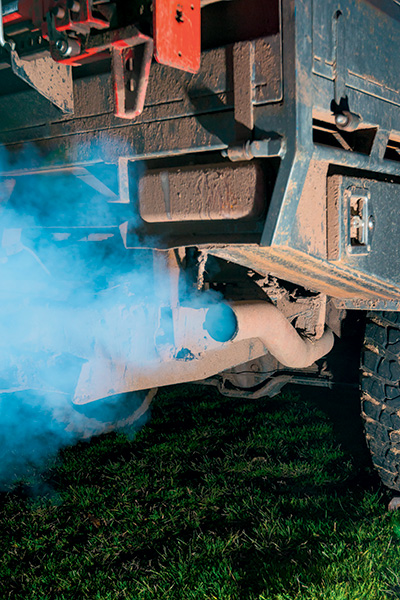 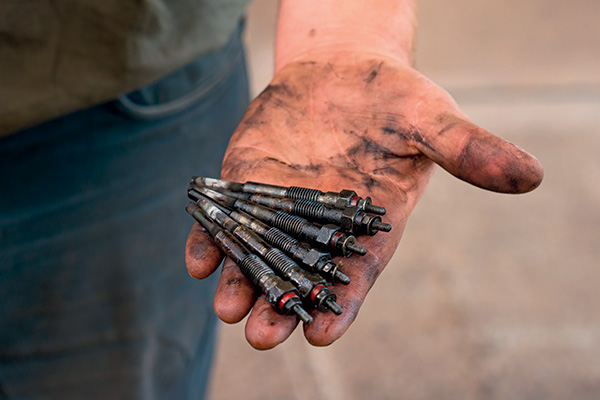 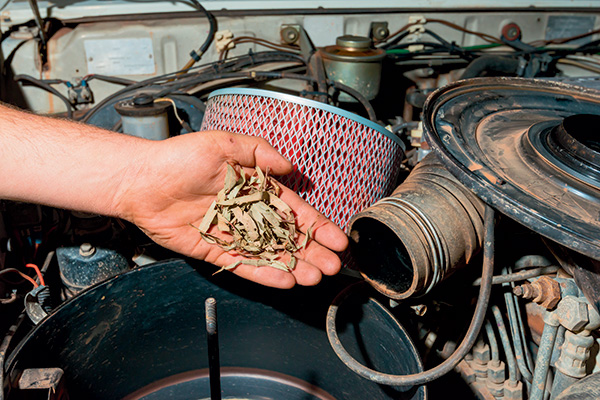 The first thing we noticed was that the chugging noise I heard sounded like one of the cylinders wasn’t firing right, so it was effectively running on five cylinders. To work out which cylinder had carked it, we cracked each of the diesel injector lines individually. The idea being that as you crack the diesel injector/fuel line, it should introduce a misfire to that particular cylinder. The problem was it made no difference whatsoever to cylinder four, which indicated it already had problems of its own! That pretty much confirmed there was a major internal engine problem.

So the next step for me was to call the towie and get her back home for some major surgery. To confirm there was an internal problem, we did a cylinder compression test/leak down test to see if the cylinder held full compression, or if there was a leak somewhere – there definitely was.

Once we got home, we pretty much pulled the engine to pieces and had a closer look. It turns out the piston had a crack right across the top of the crown. Looks like it’s engine rebuild time, eh?

With a stuffed engine, I only had a few options to move forward with. The cheapest option is to bung a second-hand engine in and call it a job well done. The only problem is that these engines are getting hard to find with lows kays, so it’s a bit risky, if you ask me.

The second option is to completely rebuild the engine that’s in there. But to do the job properly, you really should rebuild everything including the turbo, injector pump and injectors. And that’s not going to be cheap! But if you don’t do it, there’s always the chance that one of those components could let go, and cause another catastrophic failure to your newly rebuilt engine... and that’s not good either!

So I reckon the route I’ll take is an engine conversion. Engine conversions can be nasty things if you don’t get them right but, after doing a little research, I’m convinced that chucking the turbodiesel donk out of a 100 Series LandCruiser or 79 Series ute is the way to go.

It looks like I’ll be going with the 1HD-FTE – the last of the mighty 4.2L! After all, they are regarded by most diesel mechanics to be the most reliable passenger car engines available. Period. If that wasn’t enough to win me over, they’re a direct fit! The engine should bolt straight up to my transmission and engine mounts. Even things like the exhaust and radiator go hand-in-hand. In fact, I’ll spin less spanners doing the whole conversion then rebuilding the old engine!

While diesel engines are generally known to be extremely reliable, there are a few things that can bring them to their knees. Sure, you’re not really going to fix an internal engine drama on the side of the track (trust me, I learnt the hard way) but there are some skills to be learnt that can help you diagnose and repair relatively simple diesel engine problems on the run. Older diesel engines need four main things to run – air, fuel, compression and timing. So diagnosing a problem is basically a process of elimination.

Having air in the fuel line can cause all sorts of dramas for a diesel engine, from running rough to not running at all. If the engine won’t start, you can try pumping the priming pump a few times to see if it builds up pressure. If it doesn’t, you could have anything from a fuel blockage, leak or no fuel at all in the lines. Either way, it indicates there is a problem with the fuel delivery side of things.

If you suspect there is air in the system, you’ll need to find where it’s coming from (which can be tricky) before bleeding the fuel system. The most common place to look for air entering the fuel system is at the priming/lift pump, but check all the fuel hoses for damage or loose connections. You can plumb in a piece of clear hose to the fuel return line and check for bubbles, too. The other indication that there’s air in the system is if white smoke gets blown out of the exhaust.

To get the air out you’ll need to ‘bleed’ the system by cracking the bleed nipple on the fuel filter housing and the fuel injectors individually with the engine running, providing it’s not a common rail diesel due to the extremely high fuel pressure they create in the lines.

If your engine inhales water, it can get trapped in the cylinder, causing a hydro-lock to form, stopping the piston from completing its full range of motion. It can then get stuck, or bend internal engine components trying to move!

To prevent damage, avoid starting the engine. Instead, remove the glow plugs and wind, or wind the engine over by hand. The water will come up and out the glow plug hole. If that’s too hard, turn the starter motor, but be prepared for liquid to spray everywhere!

Realistically, a blocked fuel filter should be one of the first things we 4WDers check for as contamination, such as dirt and water, will clog a filter in no time at all. Once you remove the fuel filter, you can visually check for debris before fitting a new one. A fuel filter housed in a glass bowl casing will allow you to see if any water has entered the system.

Make sure the air inlet/intake from the top of the snorkel right down and through to the engines air intake is clear of blockages. This includes the air filter itself. As a rule of thumb, if you were to look into the sun through the air filter you should be able to see it shining through. If not, it’s pretty well blocked!

Diesel engines have forged a reputation for being extremely reliable workhorses over the years, but the trade-off is they can be very expensive to fix when something goes wrong.

If you’re not a real whiz on the tools, you might want to leave the mechanical work to a mechanic, but it’s still worth having a little knowledge up your sleeve just in case things don’t quite go to plan on the tracks.

Oh, and if you’re anything like me lately, it’s worth getting to know the local tow truck driver too! Geez, I’ve had some bad luck!

Check out the full feature in issue #109 of Camper Trailer Australia magazine. Subscribe today for all the latest camper trailer news, reviews and travel inspiration.