These five are the highways that put us where we are on the map of wine business, representing Australia as a premium wine producer. These are often a solid choice when it comes to selecting a bottle to bring to a dinner party — but what if you want to take a road less travelled?

Do you ever find yourself in a situation when you’re driving somewhere and all of a sudden your GPS suggests an alternate route? Do you take it? The appeal is there — it can be faster, better, and possibly new. Discovering something new is what often brings us together and creates stories. Sometimes it ends up being a windy goat track up a side of a mountain, but I guess that’s part of the adventure.

I feel the same lately when looking at drinks menus at bars and restaurants. The alternatives jump out at you from the wine list, whispering “Try me, try me!” I’m talking about the alternative grape varieties, of course, that are firmly edging their way onto wine menus around the country and into our hearts. So what would you call an alternative grape variety? It’s really anything that is rare, or uncommon — varieties that are grown for small batch production and varieties we, as a wine producing country, don't grow a lot of.

Funny enough, many of the varieties considered ‘alternatives’ in Australia actually come from Italy, and are core varieties for some of the Italian regions. This might have something to do with the fact that wine regions in Australia and Italy actually have similar attributes, with some being declared homoclimes. This, combined with the great diversity of grape varieties grown in Italy, makes Italian wines a great resource for inspiration to Australian winemakers.

While there’s certainly a lot of novelty around producing small parcels of ‘something special’ and our growers and winemakers are quickly finding their way with alternative varieties to feed the ever-changing consumer appetite, I feel it’s important to understand the origins of these wines to know if the Australian alternative is worth bringing to your friend’s dinner table. So let’s look at a few in a bit more detail.

Lovingly nicknamed ‘little rascal’ in the wine industry, arneis is a fun grape. Vibrant and fruitful, it can be a handful to cultivate, but when done right will produce extremely flavoursome and interesting wine. Originating from Piedmont it likes cold nights, even in summer and fog at the end of the season, which both help the grape to not over-ripen. For that, in Australia I would suggest arneis from Adelaide Hills, Yarra Valley, or Tasmania. Originating from the mountain regions in Austria and Czech Republic, Gruner Veltliner likes rocky well-drained soil and doesn’t like too much heat during the day. That’s why it’s often planted on a slope and at higher altitudes. In Australia I’d look at regions like Tumabrumba, Orange, Canberra’s wine region, and Adelaide Hills.

Quickly becoming a crowd favourite, this juicy alternative grape variety from Rioja in Spain loves hot and dry climate. In Australia, it does well in regions such as King Valley, Heathcote, Beechworth, Margaret River, Barossa, and McLaren Vale. Landing in Australia in 1998, Nero d’Avola is one of the latest arrivals to the offshore Italian family reunion. This one comes from Sicily, so it thrives in hot dry conditions. It’s not yet readily available in many Australian regions, but it’s well worth the hunt. I’d stay on the lookout for Nero from Riverland and flat areas of Adelaide Hills.

Originating from Tuscany, sangiovese likes the heat — but with lots of water thrown in for balance. It prefers a coastal climate, although can do well inland with good irrigation or consistent rainfall throughout summer. In Australia, I suggest sangiovese from McLaren Vale, King Valley, Margaret River or the Great Southern wine region. 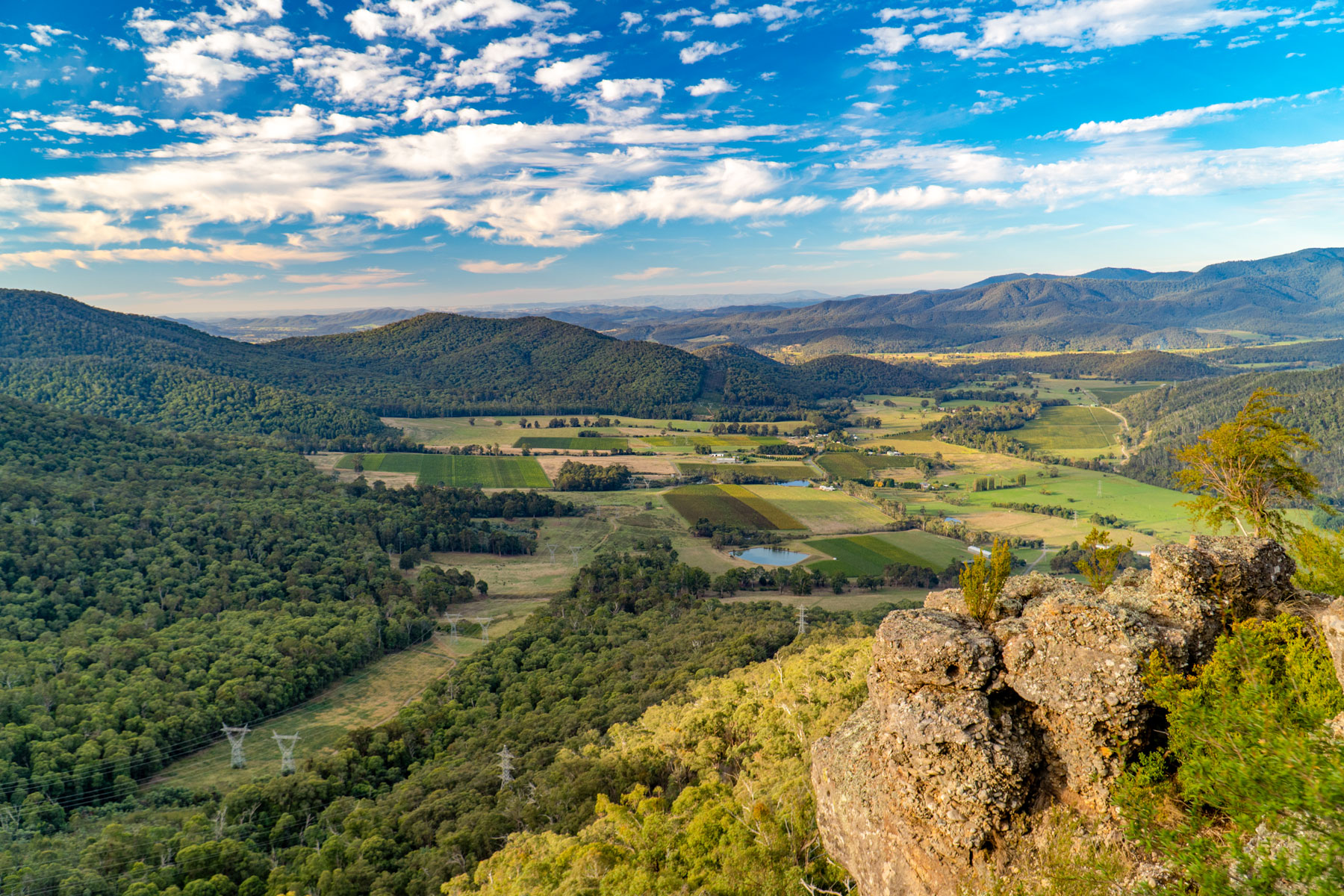 Another Italian expat, Nebbiolo is a fussy elitist. It is generally the first grape to wake up in spring, meaning it can be most susceptible to frost, and it doesn’t like the heat or any sudden changes in temperature. It takes a long time to ripen and is often the last grape to come off the vines at the end of the season. It likes to be planted on slopes and does well with foggy mornings, which help smooth out the ripening. Originating from Piedmont in Italy, Nebbiolo is suited to the slopes in Australian regions like Yarra Valley, McLaren Vale, and Heathcote.

WINE TOUR TO THE HUNTER VALLEY