Picture yourself cruising down a seemingly endless dirt road for literally hundreds of kilometres. The wide open countryside shimmers practically everywhere you look and that sense of true-blue adventure has been giving you butterflies since the day you left home. That’s pretty much exactly what you can expect from a trip out and through one of Australia’s largest cattle stations, Cordillo Downs Station, SA.

In saying all that, I can 100 per cent understand why some people might think the outback is just a barren landscape of nothingness. I mean, heck, that’s what it looks like from the postcard photo right? It’s no secret that you can dead-set drive for hours and hours on end and see nothing new around these parts. But, believe it or not, that’s exactly what is so special about a place like this. After all, it is literally the size of several European countries!

But before myself, and our little tribe of 4WDers became the karate kids of the outback, we actually spent the best part of two or three days behind the wheel just to get to this point. You see, Cordillo Downs Station is about halfway between Birdsville in Queensland, and Innamincka in South Australia, which is Strzelecki Desert country. So it’s a nice and remote region to tour, and a bloody long way from the bright lights of Sydney! 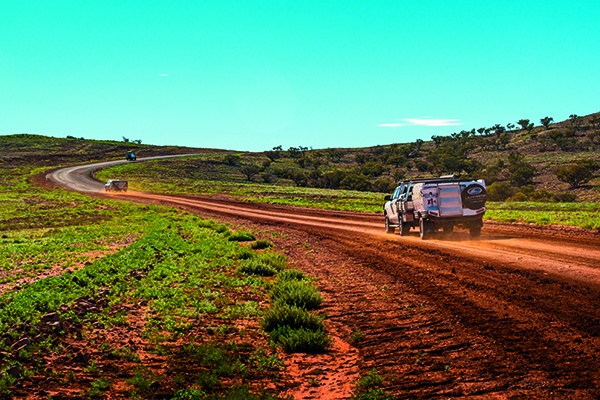 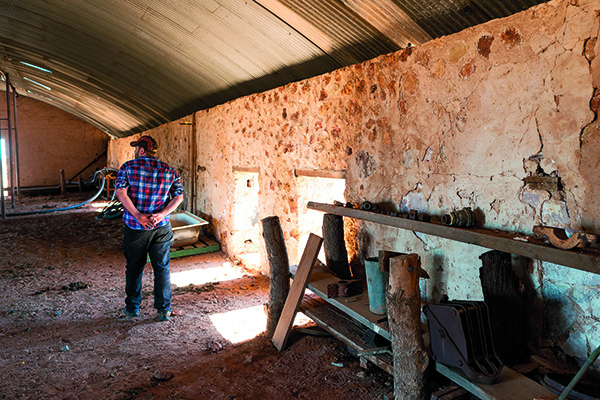 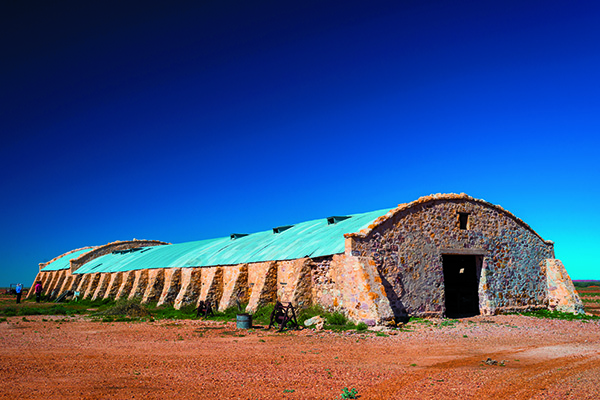 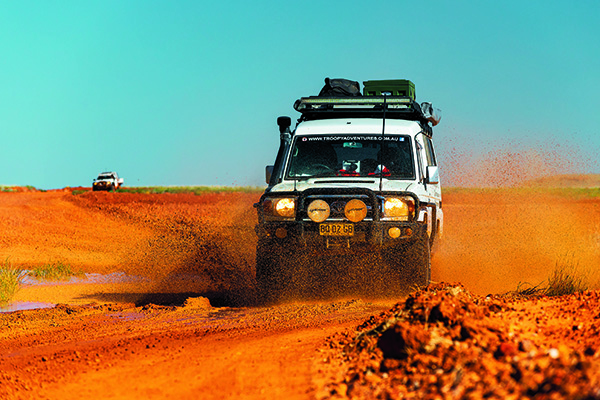 After spending a cracking night under the stars at Innamincka, we headed north through the Cordillo Downs Station. The only problem was half the tracks were still wetter than a pod of dolphins; even the fuel truck couldn’t get into Innamincka to fill up the tanks. As you might have guessed, the first leg of the track out was still closed from all the rain, which meant we had to take the scenic route back east and around the country side. But, boy, were we glad we did! As luck would have it, the scenery around here was absolutely hunky-dory. Actually, nope! That doesn’t describe it well enough; that route was nothing short of postcard material! Not in that relaxing beachy kind of way though, it’s more of the pure Australiana sort of landscape.

The history of this place is quite fascinating to say the least. To be honest, you’ve really got to be here to get a good idea on what it was truly like back in the day. But here’s a bit of a history lesson to help fill in the blanks anyway.

First taken up in 1875, Cordillo Downs grew over the years to have a larger population of people and buildings than the town of Innamincka. That’s not really surprising when you consider it was once considered to be 7800sq km in size. That’s more than one million and nine hundred thousand acres! It ran more than 85,000 sheep, making it the largest sheep station of the time. It also had 28 horses, 450 head of cattle and one camel for years, plus it boasted more than 120 stands for shearers during peak shearing season. There were nine full-time boundary riders, whose job it was to check and repair the fences, and four full-time musterers and netters just to name a few of the people finding employment from the station.

This station was operating well before the time of trucks and vehicles. So to get any larger supplies onto the station, the expertise of Afghan cameleers was called upon. The Afghans with their camel teams hauled huge stores of supplies and equipment right up the Strzelecki Track from Farina to the station. The cargo included heavy machinery (pulled in as pieces), which is pretty impressive when you consider it was a 1200km round trip that took around two months to complete. Even when trucks were in use, the cameleers were still bringing in supplies until the 1940s.

Roughly 88km north of the historic woolshed you’ll find a crumbling mess of ruins known as the Cadelga Ruins. This is actually the old homestead of the Cadelga Station, which was taken over by Cordillo Downs back in 1903.

If you visit during the warmer months, you’ll realise just how harsh this place would have been to live in. I mean, it’s hard enough with air-conditioning! Swarms of flies and extreme heat were the main battles, but if you’re out here around July like we were, the weather is actually quite pleasant. If you’re lucky enough, you’ll even get to see hundreds of little corellas gather together in a flock and fly into the sunset to top off the arvo; absolute magic, that is!

There are a few old car wrecks lying around, and you can’t help but wonder ‘what on earth is that doing out here?’ It all adds to the mystery of this place, I suppose.

Back on the road and you’re on the final stretch to Birdsville. In total, you’re looking at about 419km between Innamincka and Birdsville, all of which is dirt or unsealed road. At the time of our travels, the road wasn’t in all that bad condition, apart from a few hairy washouts that seem to creep up on you and the odd plain of gibber stones. There are a few ruts around, but while there’s a few bumps and ruts around it’s not too bad if you keep your speed under check. Once you cross the Queensland border, the road instantly becomes a well maintained stretch – almost like a highway compared to the southern section! You’ll see shimmers of salt lake here and there, which shine and dazzle like a lake full of diamonds. And if you’re lucky enough to see this place after rain like we did, it’s truly a special thing.

To be honest, I didn’t really know what to expect from this place. But my trip through Cordillo Downs Station will stick with me for a long time to come. The history and stories you’ll hear and learn about are entertaining at the least. And something tells me our timing was near on perfect – maybe something to do with the faultless weather, damp and dustless tracks and sprouts of magnificent colour, when it’s usually dry and desolate. What an amazing place to travel; I can’t wait to head there again!