Opening the Desert Up for All

If you want to really get away from it all, get to know the great desert routes that delineate Australia.

Take a look at the map of Australia and you'll soon realise that west of Alice Springs, north of the bitumen of the Eyre Highway, in that vast remote country spanning the greater part of the Great Victoria, Great Sandy, Little Sandy and Gibson Deserts, there’s a network of faintly visible tracks and roads. These are the adventurous routes that many four wheel drivers and campers use to see, experience and enjoy this expansive, little-visited area of Australia.

Many of those roads and tracks were first surveyed and graded by Len Beadell and his Gunbarrel Road Construction Party (GRCP). Starting in 1947 Len was tasked by the Defence Department with finding a suitable place for the British to fire inter-continental ballistic missiles from; he chose and surveyed a spot we know as Woomera.

A few years later in 1952 he was instructed to find a site in the desert country to the west of Woomera for the British to test atomic bombs. He chose a flat claypan he named Emu and built a road to it from Mable Creek station; it was the beginning of the Anne Beadell Highway. In 1953 two A-bombs were detonated at Emu while Len was choosing yet another spot for A-bomb tests, this time at a spot called Maralinga. Surveying around here and building the road between Emu and Maralinga took up much of 1955. Over the next few years the British exploded a total of seven A-bombs at Maralinga and carried out extensive trials involving nuclear material. 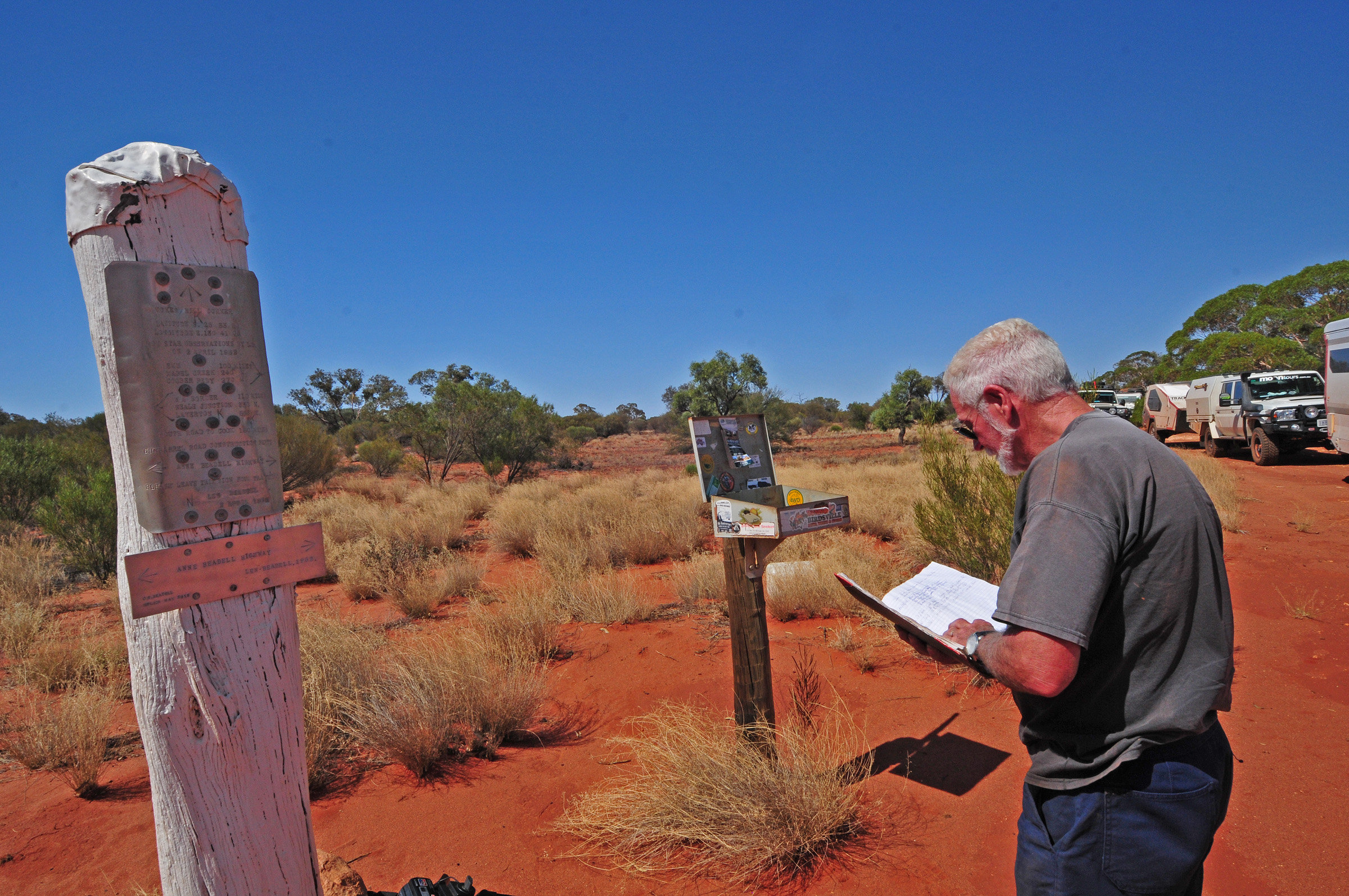 In 1962 the road between Sandy Blight Junction and Gary Junction via Jupiter Well was completed as was the Anne Beadell along with a new north-south road, the Connie Sue Highway that ran from Rawlinna on the Trans Australian Railway Line to Warburton on what is now the Great Central Road.

In 1963 the Gary Highway was pushed north and then west via Well 35 on the Canning Stock Route (CSR) too Calawa station, a little north-east of Marble Bar. The last road graded by the GRCP was the Windy Corner-Talwana Track via Well 23 and 24 on the CSR.

Len wasn't the only surveyor and road crew out in this vastness building roads, but he is certainly the most famous and his road network the most extensive. It's been added to over the years by mining and oil exploration crews and as Aboriginal people have established communities in their homelands the road network has expanded to service these remote outposts. A number of these communities offer fuel and supplies while others have established art galleries which you can visit.

Len was also a bit of an artist, as the walls of the old mess at Giles testify. He also made himself even more well known by a series of books he wrote about his endeavours through this vast desert country. They have remained in print since they were first published in the early 1960s.

Today the roads Len and his men built are used extensively by four wheel drivers and those looking for a remote desert adventure, but you need more than just a well set-up vehicle and a full complement of fuel and water. You'll quickly realise that today most of this country is designated Aboriginal Land and you need a number of permits to travel the routes across it and to visit the Aboriginal communities scattered through it. Which tracks you take will determine how many permits you require – for example, with the Anne Beadell you'll need four permits from four different groups including the Department of Defence. They are generally not difficult to get and you can apply online.

If you want to experience some of the roads that Len built you couldn't do better than join Connie Sue, his daughter, for one of the trips that Connie and her partner, Mick, run through the remote desert country. For more details and to order any of Len's books, see: beadelltours.com.au.

For those who rather plan their own journey, 'The Beadell Roads', atlas and guide is the very latest book covering Len's roads, highways and tracks.